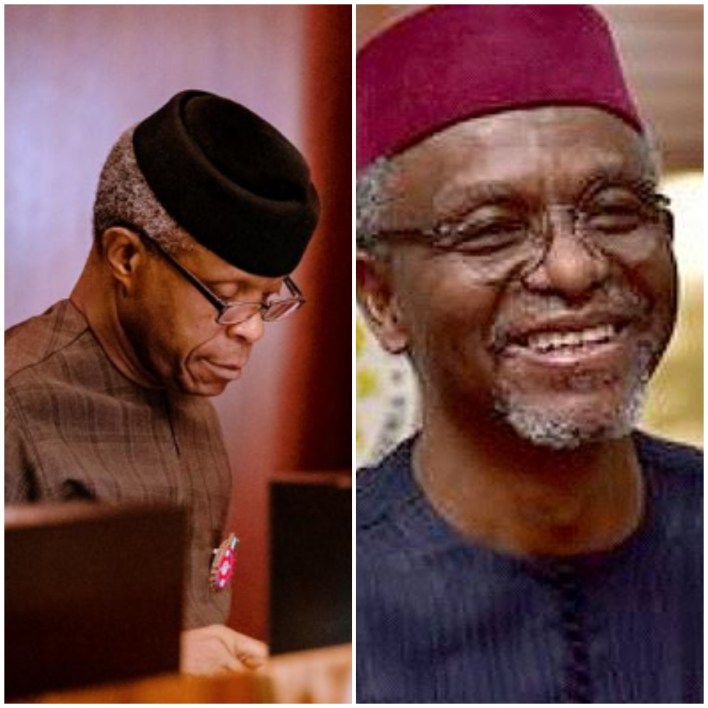 Kaduna State Governor, Nasir El-Rufai, on Monday said Vice-President Yemi Osinbajo is the current chairman of a group he called the Nigerian Association of Short People.

The diminutive governor said with the equally short Osinbajo holding the position of the Vice President, “we are represented at the highest echelons of governance.”

El-Rufai posted the message on his Twitter handle, @elrufai, while reacting to a video of an interview he granted a comedian popularly called Teju Babyface in 2010.

In the video shared by Babyface via @Tejubabyfacetv, El-Rufai had while admitting his diminutive stature, jokingly claimed that he used to be the Secretary-General of Nigerian Association of Short Men.

Amidst loud laughter from the audience, he recalled how while growing up, pretty ladies he had eyes on were always taller than him.

He, however, concluded that he was at the end lucky to find his wife who he said he is taller than with an inch.

While replying to the video on Monday, the governor wrote, “Yes…..I remember this @Tejubabyfacetv interview in 2010…..how time flies….HE VP Osinbajo is the current chairman of the Nigerian Association of Short People….so we are represented at the highest echelons of governance! Thanks Teju. – @elrufai.”

The message elicited a lot of comments from the governor’s followers on Twitter, most of who commended him for being hilarious.