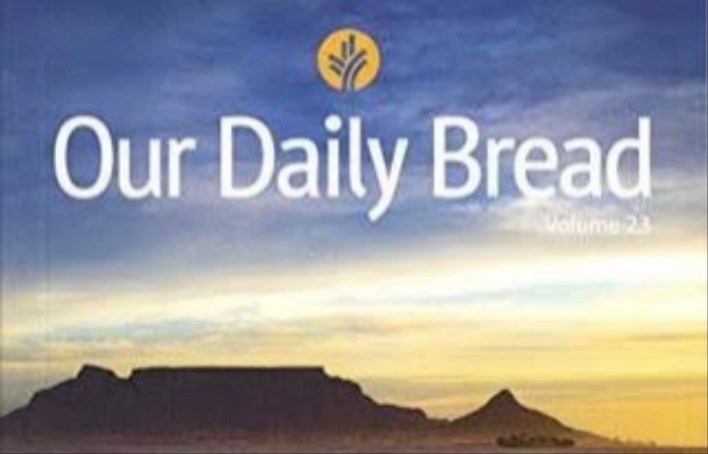 Read today’s Our Daily Bread Devotional 23 August 2022 ODB Today titled The Course of a Lifetime for our spiritual daily bread for growth and development today.

TOPIC: THE COURSE OF A LIFETIME

Joash did what was right in the eyes of the Lord all the years of Jehoiada the priest. – 2 Chronicles 24:2

“There are different questions a young artist can ask,” says singer-songwriter Linford Detweiler of eclectic folk duo Over the Rhine. “One is, ‘What must I do to be famous?’ ” Detweiler warns that such a goal “swings the door open to all manner of destructive forces from both within and without.” He and his wife have instead chosen a less flashy musical road in which they “continue to grow over the course of an entire lifetime.”

The name Jehoiada isn’t readily recognized, yet it’s synonymous with a lifetime of dedication to God. He served as priest during the reign of King Joash, who for the most part ruled well—thanks to Jehoiada.

When Joash was just seven years old, Jehoiada had been the catalyst in installing him as rightful king (2 Kings 11:1–16). But this was no power grab. At Joash’s coronation, Jehoiada “made a covenant between the Lord and the king and people that they would be the Lord’s people” (v. 17). He kept his word, implementing badly needed reforms. “As long as Jehoiada lived, burnt offerings were presented continually in the temple of the Lord” (2 Chronicles 24:14). For his dedication, Jehoiada “was buried with the kings in the City of David” (v. 16).

Eugene Peterson calls such a God-focused life “a long obedience in the same direction.” Ironically, it’s such obedience that stands out in a world bent on fame, power, and self-fulfillment. By:  Tim Gustafson

Our Daily Bread Devotional 23 August 2022 ODB Today || REFLECT: How would you describe the direction of your life to this point? What changes might you want to ask God to help you make?

Dear God, help me pursue You and Your wisdom for my life instead of the fleeting things I’ve been seeking.

Thank you for reading today’s Our Daily Bread Devotional 23 August 2022 ODB Today titled The Course of a Lifetime.  Share with a friend, God loves and cares for us!