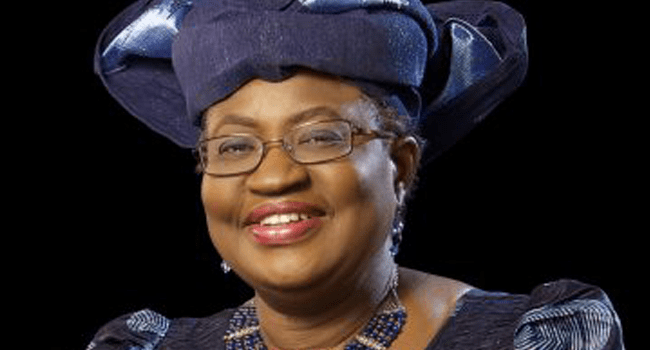 ‘Trade Is A Force For Good’: Okonjo-Iweala Optimistic Of Landing WTO DG Job

Okonjo-Iweala in a video posted on her Twitter handle described the WTO as an organization that has become more important than ever.

According to her, with the outbreak of the COVID-19 pandemic, the world needs to come together using trade to build a better society.

“Trade is a force for good, and (if) properly harnessed can help lift millions out of poverty and bring shared prosperity,” she said. “The role of WTO is more vital than ever. Let’s fight for a WTO that works for all.”

She said COVID-19 has changed the face of world economy and thus the WTO needs to work with its members to pull through the difficult times.

The window to enter the race slams shut on Wednesday, in a sped-up contest to replace the outgoing WTO director-general Roberto Azevedo — the Brazilian career diplomat who is stepping down one year early at the end of August.

The successful candidate for the job will replace Mr Azevêdo who said he will step down on August 31.

In a surprise move in mid-May, Azevedo, 62, announced that he would end his second four-year term early for personal reasons, forcing the Geneva-based WTO’s 164 member states to come up with a successor in just three months instead of the usual nine.

Rather than an election, the procedure for selecting the next WTO boss relies on finding consensus, with candidates gradually being eliminated in turn.

A vote is possible as a measure of last resort, but that scenario has never occurred.

First African?
Of the directors-general since the WTO was created in 1995, three were from Europe, while one each came from Oceania, Asia and South America.

There has never been a WTO leader from Africa and the continent fancies its chances this time, even though there is no regional rotation principle at the global trade body.

However, African nations have so far failed to convene around a single candidate.

Trade is a force for good, and properly harnessed can help lift millions out of poverty and bring shared prosperity. The role of @WTO is more vital than ever. Let’s fight for a WTO that works for all. pic.twitter.com/5JQb90hNZo