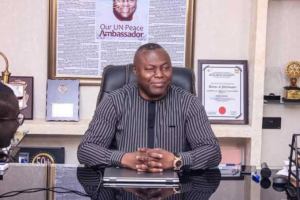 Yenagoa—Arch. Miebi Bribena, CEO of Baraza Multipurpose Cooperative Society has described the statement by the Economic and Financial Crimes Commission (EFCC) declaring him wanted as an attempt to tarnish his image.

He opined that the statement is the height of mischief and a deliberate attempt to assassinate his character.

In a statement released to the media on Friday, Bribena alleged that the EFCC is playing out the script of persecuting and harassing people based on sentiments and influenced by public opinion instead of following due process as required by law.

“To be sure, there is no basis for the EFCC so-called statement. We have not received any invitation from the EFCC as is the practice. We have never been served any formal invitation to the EFCC.

“If the anti-graft agency is acting on a petition then we have the right to at least be formally invited to be notified as such and questioned in line with such a petition and the EFCC’s investigation.

“We are not aware of any matter before the EFCC concerning us after the crises began in our Cooperative and my life became threatened and sought safety hence my not being in public all this while, ”he said.

Bribena who debunked claims of Baraza being a Ponzi scheme as claimed by the EFCC, stated that the company’s operations were transparent and members were regularly briefed and were aware of the business model. EFCC was also formally notified on Baraza operations from the onset.

According to him, “our cooperative contracts were clear and physically signed by members before subscription, which has nothing to do with me. Besides, so long as the Cooperative’s business transactions are legitimate, how does this amount to Conspiracy, Obtaining Money by False Pretence, Money Laundering and Ponzi Scheme as declared by the EFCC?

“I have had to be at the EFCC at some point based on an invitation by the commission on other issues and I swiftly honoured that invitation, so why is it different now?

While urging the EFCC to “do the proper thing” by inviting him or go to court with their facts, he appealed to human rights and civil society organisations to caution the anti-graft agency from damaging his reputation further.

Meanwhile, reports have it that Bribena has dragged the EFCC before a Federal High Court sitting in Yenagoa seeking the enforcement of his fundamental human rights. 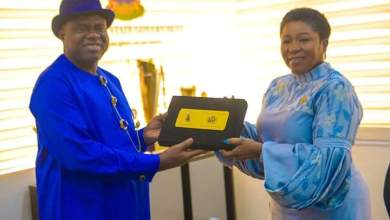 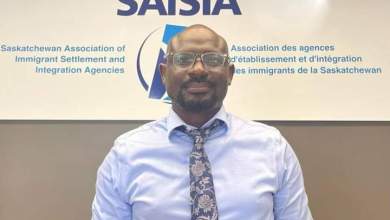