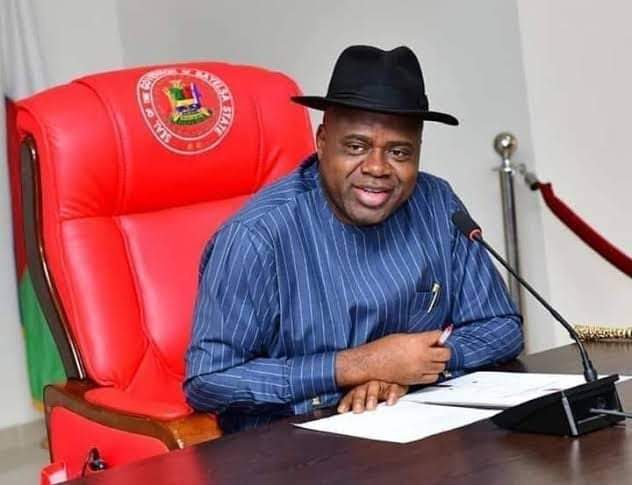 The Bayelsa state government has constituted a committee chaired by the Deputy Governor, Senator Lawrence Ewhrudjakpo to streamline the activities of local government councils as regards their financial dealings.

Deputy Governor, Senator Lawrence Ewhrudjakpo made this known on Wednesday during an expanded meeting with the 8 local government council chairmen in Government House Yenagoa.

Also at the meeting were representatives of the state chapters of Nigeria Labour Congress (NLC), Trade Union Congress (TUC), National Union of Local Government Employees (NULGE), directors of treasury among others.

Senator Ewhrudjakpo expressed displeasure over what he described as, ‘unauthorised fraudulent deductions’ from the local government councils’ federal allocation by the state Ministry of Local Government.

To this end, the deputy governor said the governor has approved the immediate redeployment of the Permanent Secretary and the Director of Finance in Ministry of Local Government and directed the affected ministry to henceforth make only statutory deductions from the councils’ account.

“There were a lot of unauthorised fraudulent deductions by the Ministry of Local Government from the councils’ allocation to the extent that the local government chairmen were not consulted.

“We also established the fact that some councils were seen as big brothers and monies were deducted from them to give to other local governments to pay salaries. But unfortunately, these local governments didn’t even get the money. You will agree with me that, no reasonable government will condone such infractions.”

Senator Ewhrudjakpo also berated council chairmen over the idea of borrowing funds to pay workers salaries, stressing that the present administration would not condone such a practice as councils would be bogged down by loans and inability to fulfill their statutory obligations, particularly payment of salaries.

The deputy governor further admonished the Ministry of Local Government to desist forthwith from the act of negotiating loans on behalf of the councils.

He directed the Auditor General of the local government councils to furnish the state government within one week the actual receipts from the Federation Account to the Joint Account Allocation Committee.

While directing council chairmen to make available a report on all their revenue allocations that had accrued to them from the period of March to date, Senator Ewhrudjakpo said the move was to encourage them to earmark 60% of funds after statutory deductions for capital projects and 40% for recurrent expenditures for the overall development of their areas.