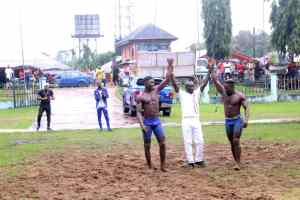 Realising the significant role communities could play in reviving and sustaining their cultural heritage sites, the Senior Special Assistant (SSA) to Bayelsa State Governor on Tourism, Mr Piriye Kiyaramo has urged traditional rulers in the state to be actively involved in the promotion of cultural tourism assets in their domains.

Speaking at the closing ceremony of a 17-Day “Ogbia Traditional Wrestling Festival”, tagged, Onin Ogbia” at Otueke community, home town of former President Goodluck Jonathan, at the weekend, Mr Kiyaramo reiterated the need for traditional rulers to take responsibility in the promotion of cultural heritage assets, pointing out that traditional rulers’ role in cultural tourism promotion is critical for the sustainable development and preservation of tourist sites in their areas of jurisdiction.

The Senior Special Assistant to the governor on Tourism, said tourism has been proven to be one of the fastest growing industries in the world which is capable of creating many jobs that could help to revitalise local economies, as well as playing significant role in the economic, social, educational and cultural development of a destination.

He urged the traditional rulers to explore the available local resources with a view to providing other streams of revenue generation for sustainable development, economic growth and wealth creation within their chieftaincy domains to reduce the dependence on external aids.

According to the governor’s aide, nations all over the world are taking proactive steps by going the extra mile to promote their cultural heritage sites to encourage more visitations and investments in their tourism sector, pointing out that it is time for royal fathers to take responsibility in playing active roles in community based tourism activities to stimulate domestic tourism. 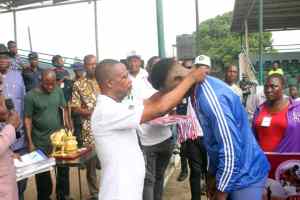 Mr Kiyaramo who reiterated the commitment of the prosperity administration towards linking the state capital with major towns and villages in the state through the construction of access roads, commended Senator Douye Diri for swinging into action to embark on massive repairs of two main access roads to Otueke community and by extension the entire Ogbia Kingdom, which were in deplorable conditions before the commencement of the 17-Day Ogbia traditional wrestling festival.

The SSA thanked the organiser of the maiden edition of the Ogbia traditional wrestling festival, Engr. Gospel Obolo for the huge personal investment in sports tourism, describing the Renew Empire Entertainment and Sports Tourism Centre in Otueke community, as a pride to the host community of the Federal University Otueke.

The governor’s aide also thanked the paramount ruler of Otueke community, HRH Ariwareni paul, for the massive support he gave to the organisers of the festival by mobilising the entire community to participate in the events which ended without any hitch, saying that the youths, women groups, the elderly and visitors, all conducted themselves in manners that made the event a huge success.

Mr Kiyaramo was full of appreciation to the Nigeria Union of Journalists (NUJ), Bayelsa State Council, the Sports Council staff, the security agencies, the University community for their roles in making the maiden edition of the traditional wrestling festival a big success.

Organiser and Managing Director/CEO of Renew Empire Entertainment and Sports Tourism Centre, Engr. Gospel Obolo, said his firm would commence “All Niger Delta Traditional Wrestling Champions League in the first quarter of 2022, adding that his desire is to make sure that the traditional wrestling becomes a popular and competitive sport at the Olympics in due course.