Following the YPP candidate’s earlier call for her campaign team to refocus efforts on securing relief materials for people affected by the flooding, her ward chairmen swung into action over the past weeks, procuring and distributing relief materials much to the flood victims across Sagbama/Ekeremor. Mrs Tombra Jennifer, said she was overcome by the pains and suffering of her people, which had led her to make the donations.

The YPP candidate, hinted that the gesture was also geared towards ameliorating the sufferings of the flood victims and also to reduce the agony caused by the worst flood of the decade.

While empathising with her people of Bayelsa west for the untold hardship occasioned by the flood, the YPP standard bearer, urged them not to be in despair with the current situation but keep fate with God.

She also admonished those residing in flood prone areas to take advantage of the IDP camps established by the state government, and promised to provide more relief materials to cushion the effect of the flood in the senatorial district and Bayelsa State in general.

Mrs Tombra Jennifer-Mohammed, who reiterated her unwavering commitment in providing the needed support to the flood victims in the senatorial district, called on federal government, state, cooperate bodies and spirited individuals to show compassion to the plights of flood victims in the state.

The Aleibiri born politician and a philanthropist, promised to continually render the needed support to assuage the sufferings of the people.

During the ongoing distribution of donated items, Chairman of YPP, Ekeremor Local Government, Yinkere Emiebonimigha, wards 11 and 1 coordinators, Sagbama and Ekerrmor LGAs, Mr Augustine Perekebina and Mr Gita Epebieyerin Isampou, lauded the YPP candidate for always identifying with the people in this trying moment, saying the people will remain indebted to her for the magnanimity in their greatest time of need.

Mr. Emiebonimigha, Perekebina Mr. Isampou, who said they felt elated with the succor, noted that prosperity will always reckon with the party’s candidate for her compassion towards the needy.

The trio also applauded the senator hopeful, for always being a beckon of hope and a rallying point to the people as well as setting the pace and called on other spirited individuals to emulate the Aleibiri born philanthropist.

In their separate remarks, beneficiaries, Mounkurai Ebiere, Orus Bedesigha, Joseph Tare, Ayo Monica, Esaba ezonfa and Akpabio Esau Timiebi, thanked the YPP candidate for giving them a sense of belonging, saying they can now heave a sigh of relief and promised to reciprocate the kind gesture.

While calling on the Government and other politicians from Bayelsa west extraction to take a cue from Mrs Tombra Jennifer-Mohammed, they promised to make judious use of the donated items to enhance their wellbeing. 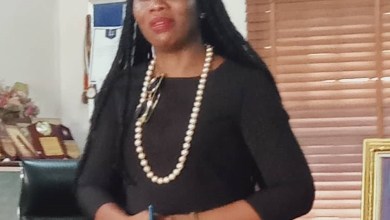