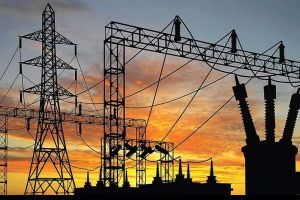 Total shortfall in the Nigerian power sector has reached N1.6trn in eight years, findings have shown. The Executive Director, Research and Advocacy, Association of Nigerian Electricity Distributors (ANED), Sunday Oduntan, revealed this to The PUNCH during a chat on Monday.

According to him, the shortfall was recorded in the fourth quarter of last year.

“As at the last quarter of 2021, the total shortfall in the power sector is about N1.6 trillion,” he said.

A shortfall arises whenever electricity distribution companies and generation companies, otherwise called DisCos and GenCos, are not able to recoup an investment made from projects. For instance, the tariff shortfall occurs when DisCos are unable to collect total tariff revenue from electricity provided to consumers. Shortfalls result in debts, which inhibit further investments and development in the sector.

Nigeria’s power sector has been faced with tough liquidity concerns since the distribution and generation arms of the industry were privatised in November 2013.

As a result, the Federal Executive Council approved the Power Sector Recovery Programme in March 2017 and made further amendments in 2019 with strategies to phase-out Federal Government support to the electricity market.

Outlining the key drivers of the PSRP, the government said revenue deficits in the sector were inevitable, thus creating unsustainable fiscal burden, necessitating various interventions in the form of loans to the sector by both the World Bank (WB) and the Central Bank of Nigeria (CBN).

The PUNCH learnt that the CBN is currently on a tour of the DisCos to provide loans for the utility firms to meet their respective metering plans as one of the ways to tackle the shortfall.

The last CBN loan to the DisCos was on tariffs shortfalls, which, as of late 2021,  had dropped from N1.891trn to N247bn due to the Federal Government’s intervention.

It was learnt that the government began talks with the DisCos on metering intervention in 2020, leading to introduction of the National Mass Metering Programme (NMMP).

The Federal Government’s NMMP was set up to augment that of the Nigerian Electricity Regulatory Commission ’s Metering Assets Providers (MAP), which as of the time of the intervention had barely reached 300, 000 households.

The NMMP, currently in its second phase, will begin in the second quarter of this year, and The PUNCH gathered that the CBN tour was geared towards providing loans for each Discos for the programme.

Although the ANED spokesperson declined revealing how much CBN would give each DisCo as loan for the second phase of the metering, a top industry source said that the Federal Government would also provide some sort of subsidy on each meter.

Oduntan denied being aware of any form of subsidy to the DisCos.

“It was in the past that we used to shout about liquidity, but now, the Federal Government is beginning to step in with various interventions to the power sector. No more liquidity, what we have now are shortfalls. The CBN visited IKEDC last week after its visit to EKEDC,” he told The PUNCH in a telephone conversation.

According to him, the new service-based tariffs were also introduced to cater to the tariff collection shortfall being experienced by the DisCos.

The PUNCH was not able to establish whether or not the new loan facilities to the DisCos would also be spread to GenCos and the Transmission arms of the sector- although they have also benefited from  government interventions at various times.

Communication strategist, marketer and scholar with the School of Media, Pan Atlantic University, Lagos, Dr Chido Nwakamma, said the challenges in the power sector were beyond the shortfall, describing the crisis as “foundational”.

“It’s not just a matter of shortfall, it is a foundational issue. The privatisation was wrong-headed ab initio, unlike what we saw in the communications sector. The DisCos thought that it was a money-spinning sector. Rather than do it the way the NCC did the telecom’s privatisation by looking for the best players wherever they could be found, the PDP in power then handed it over to friends and families. So, from the first day, you had a situation where the government was still subsidising the power companies that were supposed to be operating outside of government. What then shocked Nigerians is that when Fashola was power minister, he saw through all of this, and said it was going to be changed, but nothing changed eventually. All that changed were those in charge of them. So, the government failed to do the right thing.”

According to him, the incoming government should cancel the privatisation and start all over again.

“How can a privatised sector still be dependent on the Federal Government? What kind of privatisation is that? Did you hear of government giving loans or interventions to the telecoms sector?

“This simply means that we don’t have a power sector that can stand on its own. All over the country, people are now looking at IPPs or how to follow the Magodo-Ikeja-Electric model whereby they pay more to get stable power. We now have modifications to the power sector arrangements.”

On the Federal Government’s plan to give fresh loans to the DisCos, Nwakama said, “The Federal Government giving loans to the sector is part of the problem. Have they given any loan to MTN or Airtel since privatisation of the sector? We have to decide whether we have privatised power or not. Now, it is a game of deceit, thinking we are doing something. They give them loans knowing that those loans will not be paid,” he said.

Communications Specialist and Energy Analyst, Dr Austin Nweze, on his part, said the power sector was holding down Nigeria’s industrilisation.

“The thing is that power is holding down industrialisation of Nigeria, because the power component of manufacturing is between 75-80 per cent. When NEPA was unbundled, the people that bought over the power sector didn’t have the technical and business knowledge and financial muscle to drive development in the sector. So, the government ended up giving them some grants, although some of them are still greedy, thinking that by not giving customers prepaid meters and using touts to recoup tariffs, they will make more money. But they are shortsighted. Using touts to recoup tariffs is not sustainable. My friend in Enugu had two tenants who abandoned a bill of over a million naira on her. The EEDC asked her to pay but she refused because she said she’d applied for a prepaid meter but got nothing. Discos use touts on customers who end up bribing the touts and the money ends up in private pockets. But with prepaid meters, the money may not be much, but it is sustainable. That’s why they have the shortfalls. And that’s why I said they don’t know the business side of the sector. You may know the technical side, you also have to learn the business side, especially the Discos. They haven’t understood how to make money on a sustainable basis in the sector.”

He advised that the Discos stop increasing tariffs and focus on giving prepaid meters to customers.

Culled from The Punch 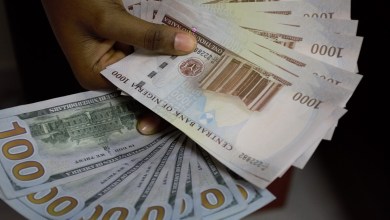