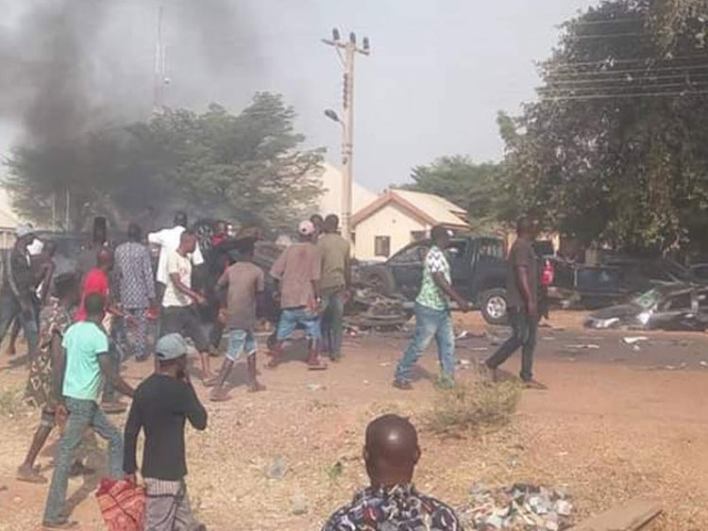 Project Rescue Nigeria Foundation, an NGO, on Thursday called on the Federal Government to urgently intervene in the reported cases of insecurity experienced in different parts of the country.

Mr Raphael Irem Nnaemeka, the Convener of the group, gave the advice at a press conference at the backdrop of insecurity in the Northeast and other parts of the country.

Nnaemeka called for urgent intervention in arresting the killers of Ms Laetitia Dagan, Assistant Director of Administration in the State House, Abuja by yet to be identified criminals.

“A 47 year-old Ms Laeticia Dagan of Plateau was killed in her residence by unknown persons and for a reason yet to be disclosed.

“Though the police are said to have made some arrests in connection to the murder, we in Project Rescue Nigeria are in a state of shock and grief because of yet another gruesome story concerning our beloved country.

“But while our heart goes out to the family of Dagan over their loss, we wish to appeal to the Government for an urgent intervention in arresting the menace.

“We are dumbfounded and left wondering why insecurity has continued to be on the increase in Nigeria,” he said.

According to him, thousands die daily from herdsmen attacks, bandits, armed robbery, kidnappers, and brutality of soldiers, hence, the need for an urgent intervention in the security challenges in the country.

However, he said the death of the deputy director, shows that nothing has yet improved in the general insecurity witnessed across the country.

“People die without being reported or recognised by name and she is not the first or only high profile victim in recent times.

“The impact of Ms Dagan’s death on public administration is enormous and we look up to the Presidency for solutions.

“The process of investigation and the results that comes from this murder will yet demonstrate hope for Nigerians in the police and the other security forces,” he said.