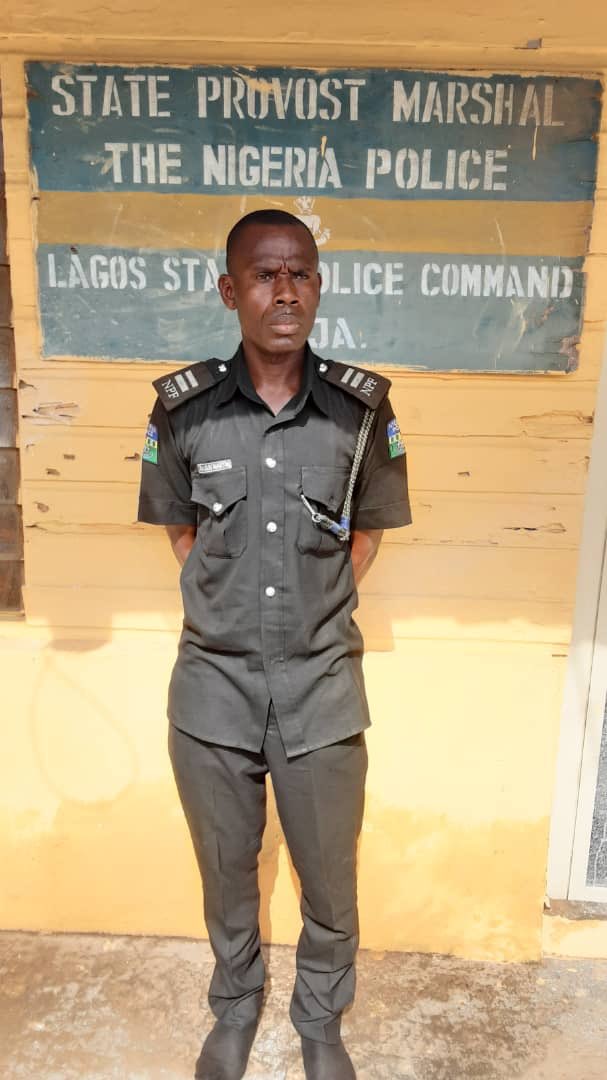 One Inspector Taloju Martin attached to Ago Police Station as Station Officer (SO) has been arrested and handed over to Provost Marshall for Orderly Room Trials in Lagos over exhortation.

In a press release signed and issues by DSP Bala Elkana, Police Public Relations Officer,
Lagos State on the Nigeria Police Force twitter handle said, the attention of Lagos State Police Command was drawn to a video on social media in which an Inspector was captured counting #40,000 he extorted from the owner of a vehicle he impounded for violating restriction of movement order.

According to the statement, after analysing the video, the culprit was identified and arrested and his name is Inspector Taloju Martin attached to Ago Police Station as Station Officer (SO).

It further stated in parts; “The complainant has also been identified. The money extorted is recovered and handed over to him by the Commissioner of Police. 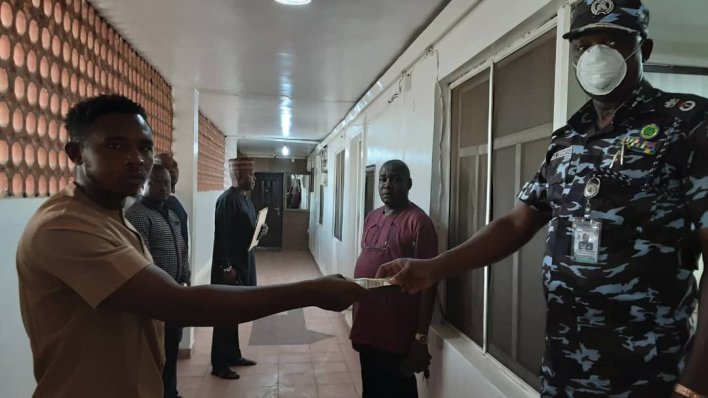 “Meanwhile, the Inspector arrested is handed over to Provost Marshall for Orderly Room Trials.

“Commissioner of Police has reaffirmed his stance against corrupt practices and impunity. Members of the public will be updated on the outcome of the investigation” the statement ended. 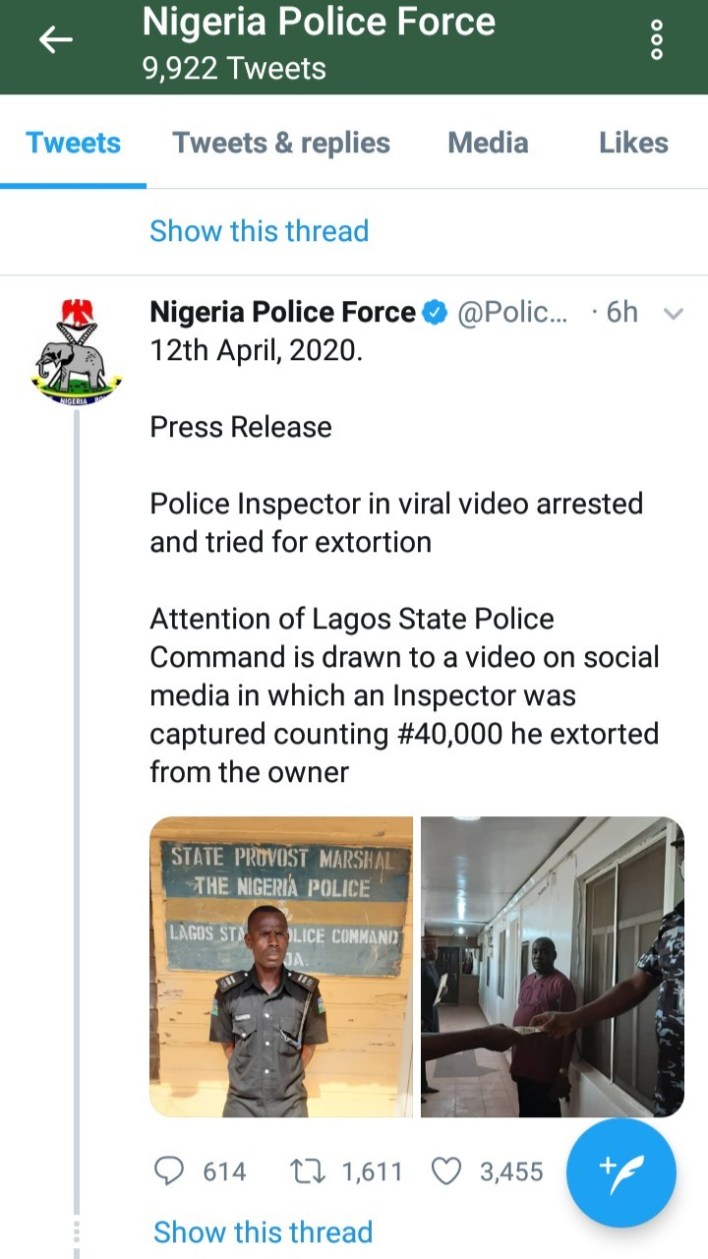