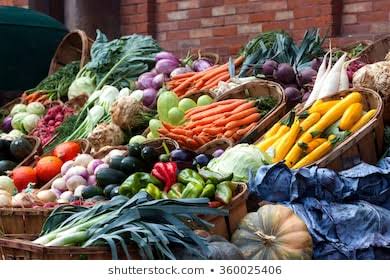 The National Association of Nigerian Traders (NANTS) and West African Institute for Trade and Agricultural Development (WAITAD) observe that the dreaded COVID-19 pandemic has gradually enveloped the global economy and the populations in fear, resulting in automatic and unwitting declaration of ‘State of Emergency’ on the Health sector by several Governments across the world where the disease has killed many and impacted negatively on the economies. We note that where many deadlier diseases which have even taken more lives have failed to attract respect and attention, the corona virus has seamlessly been saluted and gained more prominence with heavy budgetary allocations accorded thereto as a way of appeasing, pacifying or assuaging its ravaging popularity.

NANTS and WAITAD further note that COVID-19 has caused a serious depletion in the revenue of many countries, especially countries like Nigeria that are largely dependent on oil revenue for sustenance. The disease has literarily widely exposed the unsustainability of Nigeria’s unfortunate reliance on oil and the mirage of reclining on the vagaries and impulses of international oil market economy. The result is that all indices of an overpriced economy awaiting a fall (and essentially the refusal by successive administrations to diversify) are speedily manifesting in continuous sluggish growth, low revenue/GDP ratio, constrained fiscal space, low foreign and local investments, declining foreign reserves, depreciating Excess Crude Account, increase in pressure on the Naira as crude oil sales receipt decline with the unattractive oil price which at a time got to about USD 22/barrel.

We note with serious concern that while funding and governance attention have been deposited at the feet of the health sector, and perhaps rightly so, under the present emergency situation; however, food security and the livelihoods of the population which is another looming disease facing the entire population (and perhaps potentially deadlier in propensity) appears not being contemplated for urgency of strategic planning by the Government at all levels. The reason is that COVID-19 has resulted in the lockdown of the country in a bid to reduce or curtail the spread; but the negative impact of such lockdown on the economy with regard to job livelihoods losses as well as the overall food security implications would be manifesting much sooner. We are strongly concerned that at the moment, producers, transporters, traders and other production value chain actors are asked to stay at home thereby implicating a stagnated economy sinking further into the doldrums courtesy of the COVID-19 induced policies and regulations. We note that the above situation has occasioned the recent hike in price of food commodities in the markets across the country where few goods (edible commodities) are chased by several mouths, and sadly with limited cash at hand. The situation leaves the traders off the hook of culpability of accomplice in the conspiracy of high price of food commodities, especially considering the complexity, high transportation costs and risks associated with moving commodities from one State to another which are exacerbated by boundary closures for fear of ‘Corona’.

NANTS and WAITAD however again call on all traders nationwide to mobilize the milk of kindness and desist from unnecessary hiking of food prices at such an unholy moment and challenging period. We appeal to our members to inculcate and learn from the sacrifice of love made by Doctors, Nurses and other medical workers who are daily risking their lives at the forefront of the battle against Corona virus disease and treating patients/victims of the dreaded disease.

NANTS and WAITAD wish to notify the Government of Nigeria of an imminent second and perhaps most dangerous battle ahead, which is gross food insecurity. This awakening note has become imperative and indeed very URGENT given that the food sector in Nigeria has of late been undergoing a siege by three (3) hydra-headed demons, namely: (i) the Boko haram insurgency which displaced several farmers (over 80%) from the North East zone of the country; (ii) the herdsmen-farmers crises which turned farmers from the North Central and once ‘food basket of the nation’ to Internally Displaced Persons (IDPs); (iii) banditry and kidnapping which made inhabitants of North West to desert their farms in honour of the dreaded killers. In all of these, our lamentation is based on the fact that the gains made by the commendable policy approach by Government of Nigeria in closing the land border against food commodities smuggled into the country, and which rightly culminated in reduction of rice and poultry import bills among others, are speedily being eroded by the Covid-19 pandemic.

NANTS and WAITAD therefore appeal to the Government to urgently awaken Nigerian economic managers including the President’s Economic Advisory Council to begin immediate considerations and thinking outside the box preparatory to addressing post COVID-19 economic environment, particularly vis-à-vis the future of food security before it comes too late.

On their part, even as the lockdown persists, NANTS and WAITAD insist that the Parliamentarians at all levels must devise ways of convening virtual meetings and deliberations via ICT tools, and by so doing exhibit the character of true representation of their constituencies beyond the rhetoric of handouts and palliatives and move towards strategic thinking the leads to economic recovery and sustainability of food on the table of their electorates.

Perhaps most importantly in this quagmire, NANTS and WAITAD call for an immediate drawing of the sword by the Nigerian Military to abruptly end the raging and long drawn battle and finally decimate and completely erase insurgency, banditry, kidnapping and all other nagging security detractors in the country. We note that with the very recent acquisition and possession of new amour, equipment and hardware by military, there must be no further excuse for allowing funny characters to dot and envelop the nation’s territory with fear. We can no longer treat any of these perilous actors with kid gloves while our people are condemned to languishing in fear, squalor, poverty, degradation and food insecurity.
Sequel to the above, we therefore recommend a radical but strategic dispersion of all our military men to the theatres of operation for quick recovery so that our farmers may gain the confidence to go back to their farms for cultivation with the fast approaching rains. Further to this, we also recommend that following such inevitable cleansing, Government and the Military hierarchy should consider the allocation of massive land to the military to go into more concerted agricultural production to help ease food availability and accessibility in the Country.

In the same light, we recommend that for their mandatory service, 70% or more of the National Youth Corps members (especially those with agriculture and food technology related disciplines and background) be allocated land by various Governments for integrated agricultural cultivation practices and be provided financial support and agronomic capacity handholding by Agric-based Organizations that can trigger increased productivity in the various crops and value chains to bridge the imminent food unavailability gap. The farms belonging to these Youth Corps members and the Military personnel could be provided attractive conditions and exit strategy that transfers complete ownership with time thereby encouraging commitment and even serving as retirement strategy option. This way, the nation would have raised an army of entrepreneurs and wealth creators that would be exporting food commodities in no distant time and raking non-oil based foreign revenue rather than waiting on the queue to overgrow the job market and non-existent white collar jobs.

While we commend the Government for taking a bold step in dipping hands into the nation’s food reserves for distribution as part of palliatives to vulnerable members of the society, we however note that such commendable approach may end in a disastrous signal of an impending food insecurity and its poverty escalation consequences if restocking ‘against the rainy day’ is not quickly considered and effected.

Consequently, we call on the Government to consider fashioning modes of providing direct support to farmers and their National Organizations which are capable of monitoring and holding them accountable for repayments. We further opines that it is indeed time for State Governments to consider investments in agribusiness by empowering their citizens in the rural communities to invest along all the value chains in the sector. Government and Nigerians should also maintain aggressive insistence on patronage of our local food commodities so as to fight capital flight.

Beyond the subject of food security is the need for Government to act immediately on ways of rejigging the economy by producing an economic blueprint that seeks to address the short, medium and long term economic development plan and the unfortunate realities currently facing the nation courtesy of Covid-19 and other related trade, revenue and macroeconomic shortfalls. We are of the opinion that good as our COVID-19 approach is, if we however empty all our resources, time and efforts in chasing corona virus, we may soon be left with malnutrition disaster of monumental proportion, and indeed an economy slipping off our hands and sinking into a fresh round of recession.

We cannot wait until COVID-19 is over. The time to act is NOW.