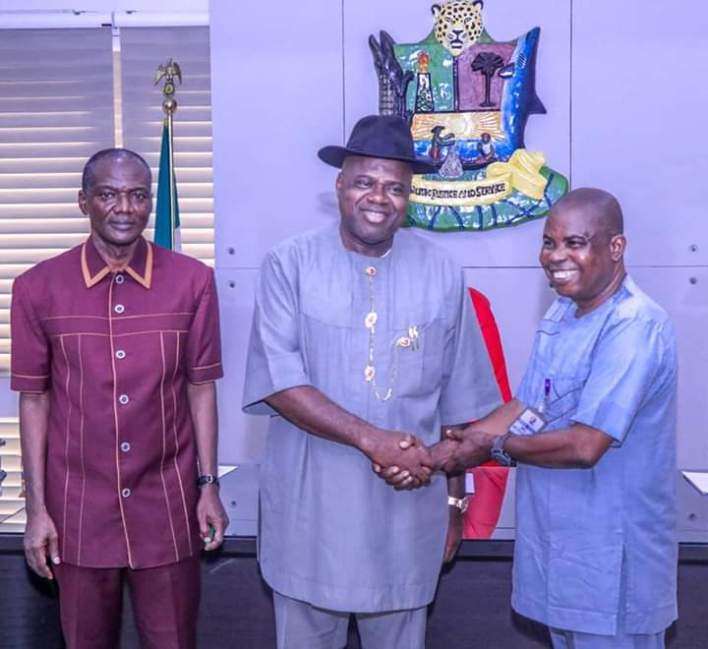 …..Tasks them on Adequate Power Supply To Yenagoa

Bayelsa State Governor, Senator Douye Diri has met with officials of the Port Harcourt Electricity Distribution Company (PHEDC), in a bid to actualise the promise he made in his inaugural address to ensure electricity power supply to the state capital, Yenagoa.

Engr. Kemenanabo, according to a press statement by the Head of Press, Government House, Yenagoa, Mr. Ebi Avi, noted that, state government on its part, expressed its commitmment to prevail on communities to ensure prompt payment of electricity bills.

His words: “On the part of the state government, it will meet their commitment for electricity payment. Where it is possible, we will give 24 hours, which also goes with the amount of money that will come out from the people’s pockets.
Where we discover that people are responding effectively, we will increase it up to the next level of may be 18 and ultimately to 24 hours.

According to him, if consumers pay their bills promptly, there can be an improvement in power supply to Yenagoa up to about 18 or 24 hours daily.

“He described the state capital, Yenagoa as headquarters of darkness because of the activities of the power system.

“In the governor’s bid to ensure that Bayelsans have at least some succour in terms of power supply he has
charged us to make sure that Yenagoa residents have 12 hours electricity daily from now.”

Engr. Kemenanabo also traced challenges of inadequare power supply to the inability of consumers to meet the payment target and the 30% evacuation out of the 130 megawatt of power from the Gbarain transmission sub-station.

He also explained that, in line with the Federal Government’s new policy, it is mandatory for electricity consumers to purchase their meters, noting that the state government and oil companies were willing to support the provision of the total meters required for consumers.

Engr Kemenanabo said the Shell Petroleum Development Company has promised to provide an estimated number of 14,000 meters to the Gbarain area, assuring that the number could spill over to some areas in Yenagoa.

Commenting on the issue of estimated billing system adopted by PHEDC in some parts of Yenagoa, Engr. Kemenanabo stressed that, the introduction of pre-paid meters remains the solution to address the problems arising from such a system.

While also giving some insight on the current state of the state-owned Gas turbine at Kolo, in Ogbia local government area, he explained that the turbine is not functional due to the closure of the gas valves by SPDC.

He noted that the development was attributable to the non-payment of debts owed from previous administrations from 1998 to 2014.

Engr. Kemenanabo however assured that, the state government would meet with SPDC towards resolving the issues.