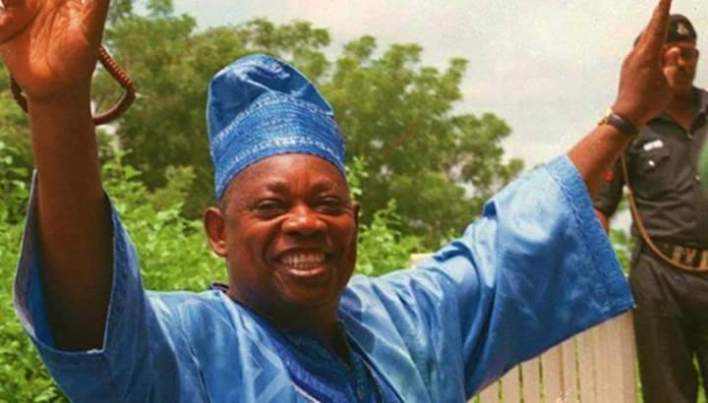 June 12 was declared Democracy Day by President Buhari, Alex Enemanna examines the gains of democracy in Nigeria after 21 years.

As the country keeps basking in the euphoria of our democracy anniversary, it becomes pertinent to appraise this 21-year-old journey, which represents the longest we have attained as a people since the 1960 Independence. A retrospect into our basket of offerings will give us a broad view of our strengths, weaknesses, opportunities and threats, otherwise known as SWOT analysis in the business parlance. It will help us understand where we are coming from, where we are, as well as providing a template to fashion a path to ‘future assured’.

The government of the people for the people and by the people’s definition of democracy by the sixteenth president of the USA, Abraham Lincoln puts citizens’ security, interest, welfare and development at the forefront of any virile democratic institution. Undoubtedly, it is difficult to fault the pockets of progress being recorded since our 1999 take off point. Those who have also adduced that the reality of today is in sharp contrast with the dreams and aspirations of our patriots who paid the supreme price in search for an egalitarian society, including Chief Moshood Kashimowo Abiola, the winner of June 12, 1993 election still have a valid point. The significance of June 12 has been given its pride of place in the annals of our history when President Muhammadu Buhari in 2018 declared it the nation’s democracy day, a shift from the May 29 contrivance. To ice the cake, he ordered the renaming of Abuja national stadium after Chief MKO Abiola.

The fact that the military has remained in the barracks without an incursive interference with our civil governance process or forcefully attempted to seize power through the trigger of automated weapons is good enough reason to thumb the chest about. It is a watershed from the period in this country when coup-de-tat was like a weekly community market, a period when it only took the seizure of a radio station to announce a new regime.

Beyond all these however, not much has been achieved, talking about the germane issues of governance. The issues that have a direct connection with the daily lives of our people have been scandalously relegated to the backseat while vociferous squabble for political relevance, class, untamed self aggrandisement and interest take dominance. The violence, bitterness, animosity as well of over militarisation of our electoral process is an open advert that our two decade journey has not necessarily translated into tangible progress. Our democratic ethos is still at the very infancy judging by the vicious desperation at which political class perpetuate themselves in office through any means they can lay their hand on.

The naked dance that has beclouded the ruling APC in buildup to the Edo governorship election speaks to how much decency has taken a flight from the country’s political firmament. The crossfire is not about the people but self, not about offering services but to be served. In just 24 hours, four bigwigs of the party laid claim to the leadership of a party that has routinely observed its campaign promises in the breach following the suspension of the garrulous former comrade and labour leader, Adams Aliu Oshiomhole.

Instructively, what the ‘progressives’ manifest represents the true mind of an average politician in the country. Provided there is enough room to feather their nests, the people can rot in their ill fate. At a time we had opportunity to write our name in gold to provide a democratic template as the ‘big brother’ for other Africans to follow, we descended a new low especially with the Bayelsa and Kogi governorship elections of November last year. The violence, shooting, killing and vote buying that trailed the exercises became a subject of global concern as documented in the report of local and foreign observers.

In Kogi, about 5 people were reportedly feared dead. We are all witnesses to how a PDP woman leader, Mrs. Salome Abuh’s skull laid lifeless, skeletal and empty after her Ochadamu Kogi State home was on November 18, 2019 invaded by thugs who burnt her alive, in a way that can be best described wicked, callous and barbaric just before the announcement of the governorship election result. Some journalists including Sunny Omachi of Radio Kogi, Sam Egwu of the Leadership and some staff of the DAAR Communications Limited, INEC ad hoc staff and some voters also escaped death by the whisker. This speaks to the fact that the blood, tears and sweat of our people provide the stepping stone for political office holders to ascend the throne.

The story is not any different in Bayelsa State. Snatching of electoral materials, mayhem against voters, INEC officials and protests characterised the exercise in the eight local government areas of the state. Again, the Osun 2018 governorship election that produced Gboyega Oyetola as governor was condemned for large scale manipulations, intimidation of voters and malfeasances that greeted it. No part of the country is immuned from the brigandage holding our electoral system by the jugular. Meaningful development cannot take place where the people’s vote does not count. Credible electoral process is the bedrock of the people’s government.

Inextricably, the spate of insecurity bedevilling the once peaceful and calm nation today can be traced to the symbiotic relationship between gunrunning and electoral violence. The difficulty in mopping up these lethal weapons after being deployed to achieve nefarious purposes makes citizens prone to variegated security concerns. The recent Isanlu, Kogi state deadly bank robbery in which about 9 persons, mostly policemen were brutally feared dead is just one among the many concerns associated with the use of thugs to achieve political fortunes and abandon them thereafter. The implication of large cache of weapon in the hands of wrong individuals, which the Federal Government in 2018 estimated at 350 million can be felt across the states.

The unauthorised use of guns among unlicensed individuals is gradually becoming a status symbol. The arm robbers, kidnappers, cultists and thugs wield their guns in the open with brazen impunity. Our people cannot travel from Abuja to Kaduna with assurance that they will not be accosted, abducted and violated. A journey from Aba to Uyo becomes a subject of series of prayers. These are all byproducts of a society that has been overburdened by failure to deliver in goals it sets for itself. The vision 2010s, 2020s and what have you have all ended up as pipe dreams that could not see the ray of light.

_Enemanna is an Abuja-based journalist_