To enjoy untold blessings from God read today’s JOEL OSTEEN DAILY DEVOTIONAL. It will expose to deep truths about your life.

Read today’s daily devotional by Joel Osteen 2 November 2022 titled The Valley of Blessing for spiritual enlightenment in walking with God.

On the fourth day they gathered in the Valley of Blessing, which got its name that day because the people praised and thanked the LORD there.

In 2 Chronicles 20, after God told King Jehoshaphat of Judah to march his army toward three major armies that should have crushed them, he appointed singers of praise to walk ahead of the army. As the singers sang, “Give thanks to the Lord; His faithful love endures forever,” the enemy armies began fighting one another and destroyed themselves without the Israelites having to fight. What’s interesting is that they didn’t call the place where they had their greatest battle the valley of opposition, struggle, or fear. They called it the Valley of Blessing.

Maybe what you’re facing looks insurmountable. Every voice may tell you “that’s a valley of defeat, you’re never going to get out, never accomplish your dreams.” Have this new perspective: That’s not the valley of defeat but of victory. That’s not a valley to stop you but to promote you. It’s not a valley of sickness but of restoration. God is saying, “Stand still in faith, and I will turn that battlefield into your blessing field. You’re going to come out better.”

Father, thank You that You are in control of all the situations in my life, and You are fighting my battles. Thank You that no matter what valley I find myself in, You will make it into a Valley of Blessing. I choose to be still, to get quiet before You, and listen to You. In Jesus’ Name, Amen.

Thank you for reading today’s daily devotional by Joel Osteen 2 November 2022 titled The Valley of Blessing.  Share with a friend, God loves and cares for us! 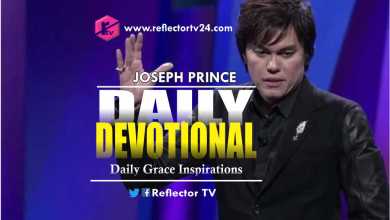 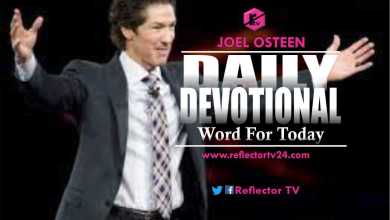 Joseph Prince Daily Devotional 16 November 2022 titled Is There No Suffering for the Believer?