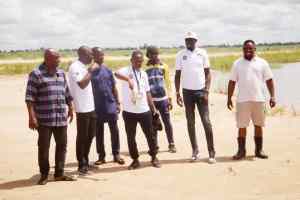 The Executive Chairman Association of Niger Delta Monarchs of Nigeria (ANDMON) and the Odio-Logbo of Okugbe Isoko kingdom in Sagbama local government area of Bayelsa state, HM King Frank Okurakpor has stated that his kingdom is naturally endowed with enormous Eco and Agricultural potentials which can attract tourists from all over the world.

HM King Okurakpor who stated this while playing host to the Senior Special Assistant to Gov. Douye Diri on Tourism, Piriye Kiyaramo and his team at the palace of the king further reteirated that the kingdom is on the coastline of River Niger, River Focardoes, River Nun and River Ramus which makes it a tourists delight and destination, pointing out that marine industry and tourism are major revenue earners for communities, states and countries endowed with them.

The revered Monarch also disclosed that his kingdom is peaceful and accommodating which are the panaceas needed for tourism to thrive, stressing the Rivers Niger, Focardoes, Nun and Ramus met at a point known and called the bifocation point which accounts for the reason why it is more attractive to visitors and tourists alike.

He also averred that Okugbe Isoko kingdom is a melting point of the Niger Delta area of the country basically because of the rich historical and cultural heritages of the sleepy community, calling on stakeholders in the tourism sector to avail themselves the opportunity of exploring these natural endowments that abound in the community.

According to him, apart from ecotourism potentials, the kingdom is also blessed with stable land and has Invariably led to the thriving agricultural business in his kingdom which can equally be harnessed for the overall benefits of the community in particular and the state as a whole.

He called on government to be holistic in the socio-economic development of the state as that is the surest way the state can compete favourably with her counterparts in the comity of states in the country.

Earlier in his speech at the palace of the king, the Senior Special Assistant to the Governor on Tourism, Piriye Kiyaramo stated that he and members of his team came to the kingdom purposely to showcase the rich tourism and cultural heritages of the community.

He further opined that this can only be achieved by a concerted fact finding adventure which his team decided to embark upon to enable them give a first hand information on the natural endowments that abound in the kingdom to the world.

The SSA also reiterated the historical significance of the bifocation point which is a wonder to behold, adding that the site alone can be a major revenue earner to not only the community but also the state as a whole.

He disclosed that his team will tour all the communities with major tourism sites in the state, stressing that he has already started with the visit to Okugbe Isoko kingdom.

On the team of the SSA was the Chairman of the Nigeria Union of Journalists, Bayelsa State Council, Comrade Samuel Numunengi who also stated that members of the Fourth Estate of the Realm are always ready to adequately report tourists sites across the state thereby providing concrete information to tourists who are interested in visiting the state.

Comrade Numunengi said the SSA’s team saw quite a number of natural resources and endowments on the way to the palace of the king, promising to tell the world the historical significance of the kingdom.

One of the prominent chiefs in the kingdom, Chief Egwenu Philip chronicled the the deep rooted ancient and tradition of the community and their relevance to modern day society.

According to him, the importance of the bifocation point located at the community cannot be over-emphasized but the point is hardly heard and known to the outside world, calling on the press to always give a deep insight into the history of the kingdom by reporting them to the outside world.

Another prominent chief in the kingdom, Chief Francis Europe Ockiya, the Unu-Ovie of Okugbe Isoko Kingdom opined that the bifocation is a spiritual point where traditional and religious leaders come to offer sacrifices and prayers to the divinity, pointing out that the fish that the SSA and his team saw at the bifocation point has both spiritual and cultural undertone.

He called on both the Federal and the state government to assist the communities along the coastline that leads to the bifocation point and Okugbe Isoko kingdom by providing lasting solutions to the ravaging erosion that is eating deep into these communities.

In terms of the agricultural potentials that abound in the community, he also urged government to support them with financial incentives to boost farming activities thereby playing a strong part in food production across not only the state but also the country as a whole. 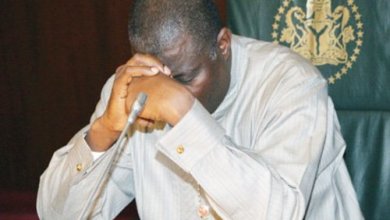 Nigeria at 62: Jonathan Calls for Reflection on Nation’s Progress 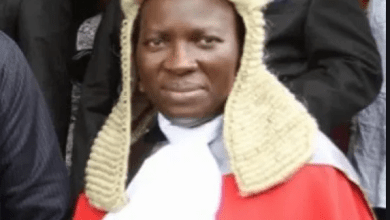