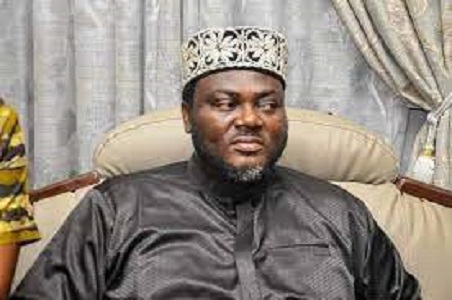 The candidate for the Peoples Democratic Party, PDP for Ogbia federal constituency in the House of Representatives, Mr Ebinyo Marvin Turner has filed for an appeal and stay of execution on the judgement delivered by the Federal High Court in Yenagoa which nullified the 23rd May 2022 primaries that produced him.

You would recall that Mr Ebinyo Turner in the primaries held at the Ijaw House due to perceived security threats pulled 16 votes against his closest contender, Mr Mitema Obordor who had 12 votes while Daniel Iworiso-Markson had 7 votes and Fred Obua scored 6 votes in the election.

Mr Obordor who came out second took Mr Ebinyo Turner, the PDP and INEC to court allegedly challenging the inclusion of nine illegal delegates and change of venue of the primaries.

However speaking after the court session, Counsel to Ebinyo, Stanley Damabide expressed dissatisfaction on the grounds upon which the judgement was delivered.

“Surprising as that pronouncement may be because, we believe that those two grounds were not proved, for example venue was changed for clear security reasons and reasonable explanation was given and all the stakeholders participated in the changed venue, INEC observed and came out with a beautiful report, the person alleging that a delegate list was forged, only produced an unsigned document of names that could have been obtained from anywhere but here we are with a statement saying the contrary”

Damabide noted that the judgement delivered in a lower court was a step in a three step journey said going forward, his client has given a nod for the judgement to be contested in the Appeal Court.

“We do not believe in it, we’re hopeful that the Court of Appeal would look at the bare facts impartially and do justice in this matter”

Mr Ebinyo Turner said his decision to appeal the matter is due to what he described as a miscarried of justice as evident in the judgement delivered.

He called on the good people of Ogbia and his supporters to remain calm and law abiding while he pursues the process to a logical conclusion assuring them that their mandate would not be stolen.