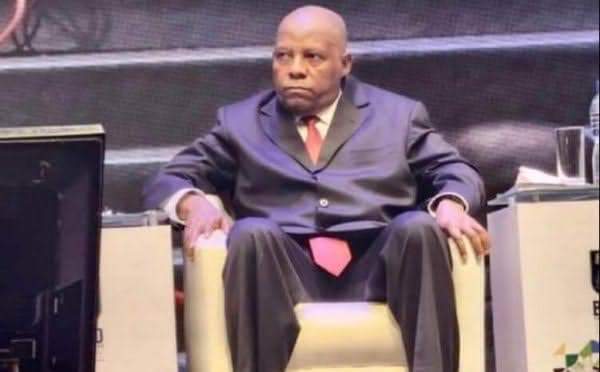 This year’s Nigerian Bar Association annual conference was not without some stirring moments. To put it mildly, the acts that supervened on the sidelines of the conference were regretably uncomplimentary. These side attractions, without being uncharitable to NBA, almost took the shine off the lofty gathering. As Elder Bode George would say of the PDP, may be the evil spirit came upon the people at that hour.

How would one forget in a hurry, the hurly burly that engulfed the conference centre when the learned gentle men threw caution to the wind as they scuffled and wrestled for mere conference bags and meals? As one cheeky observer succinctly questioned when did synthetic leather bags transmogrified into gold? May be there was something special about the bags that escaped the sight of other mortals. The fact remains that the abominable act was very “unlawyerly” and this does not accord with the tenet and spirit of a noble profession such as the legal profession. The finest grains of professional ethics were jettisoned albeit momentarily for public frenzy. One wonders whether this was the same profession that late Gani Fawehinmi, Papa Awolowo and several other eminent jurists adored and jealously guarded. I guess Lord Denning and the great Sir Chukwudipu Oputa would be turning in their graves watching that spectacle on display.

Or what would you make of Senator Kashim Shettima’s unsightly sartorial inelegance at the conference? The vice presidential candidate of All Progressives Congress was a odd figure, in the midst of the learned colleagues. He turned out at the parley looking like one of those charlatans and itenerary jesters engaged to entertain live audiences in the good old days. No amount of justification by the former Governor or his handlers would excuse such abuse of etiquette.

As could be expected, the social media went wild as bloggers and media buffs made a feast of the faux pas. Shettima’s oversized mango park suit and his undignified sneakers– gives him out as one in the class of Baba Salas of this world.

Let me however, hasten to state that Kashim Shettima left no one in doubt of his oratory prowess. He was quite eloquent to say the least. His erudition and mastery of the political economy of the country left many wondering if he was the same controversial former governor of Bornu State? The gentle man was in his elements that fateful Monday.

Shettima mesmerised his audience, deploying figures and statistics to drive home his point. Although, his stellar performance was intermittently punctuated as he made copious reference to his principal, Asiwaju Bola Ahmed Tinubu’s achievements, as though the man was an oracle of sort. Even so, he won no fewer hearts despite his obvious gaffe. Other presidential candidates who also graced the occasion gave a good account of themselves, they were no less outstanding especially aMr. Peter Obi and Atiku Abubakar.

It is doubtful if Shettima would have the opportunity to influence policy direction if the APC eventually wins the presidency. Bear in mind that Vice President, Yomi Osinbajo is more eloquent and more scholarly than Shettima yet he was not able, as it were to influence the policy direction of president Buhari’s government. Moreso, when Shettima is considered as anti restructuring while his principal is known to be an advocate of restructuring of the nation.

I have no iota of doubt in my mind that Kashim Shettima was mentally prepared for the the conference even though he was not physically ready for it. What more evidence do you need to underscore the point, given his awful dress sense. It is not unlikely that Shettima arrived Lagos on Monday morning. It is not impossible that some persons got the oversized suit and trainers for him a few hours before the event. Obviously, there was little or no time to check if the suit fits him or not.

Ordinarily, what they needed to have done was to contract a fashion designer to sew a made-to-fit suit for Shettima long before the date date of the event. In the alternative, his aides could have patronised any standard boutique in Abuja or Lagos for a designer suit for ex governor days before the commencement of the conference.

It is important to emphasised that public speakers worthy of the name must of necessity pay attention to his or her appearance on and off stage. In other words speakers must have a keen sense of fashion. A decent dress sense is as important as one’s presentation. Because, people judge you by your appearance. Therefore, public speakers must dress for the occasion or else they are likely to lose the attention of their audience.

Hence, ii is advisable that public speakers should put their best foot forward by dressing appropriately for the occasion. Where you’re not sure of the dress code for a particular event confer with the event organisers in advance for a proper guideline.

In the instant case, i daresay, the APC Campaign Council media strategists were clearly at fault for the avoidable embarrassment it caused the candidate and the party, if only the team had done their home work, perhaps, the party would be basking in the euphoria of Shettima’s positive presentation. 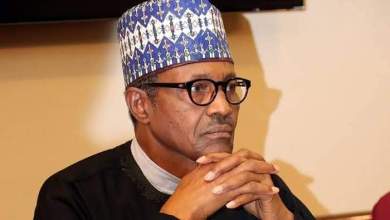 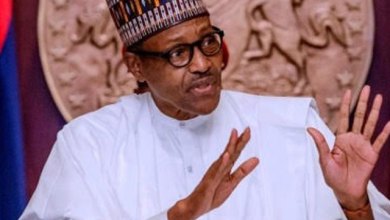