Vee, Lilo need that kiss, See why Neo, Eric are drawing back in #BBNaija

When it comes to contracts, the deal isn’t sealed until its signed. In the Big Brother House, it’s not officially a ‘ship until lock lips are locked. Of the two possible relationships, neither of them have shared that magical moment where lips lock and ‘ships are officially launched.

Since the early days, these two have been closer than fishermen and nets without catching the magic that leads to a kiss. Today was agonisingly close as the pair were lying in bed for the majority of the morning wrapped in each other’s arms. It seemed for the entire time that they would finally swap saliva, but all the holding, hugging, and head stroking lead to nothing but more waiting. It seems that Eric is still weighing up his options while Lilo looks so committed. Hopefully, they seal the deal soon. 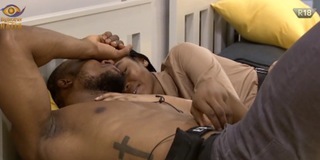 This couple seems destined to never get it right even though they are so perfect together, and tragically, so different. It appears as if Vee‘s forward nature is a little too much for the traditional Neo to handle. There have been many times where their closeness was undeniable, but in the end, the result was always the same. No lovey-dovey. 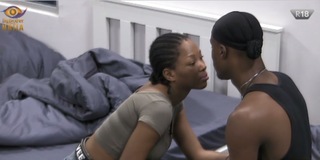 The Big Brother Naija Housemates are known for loving being in love and watching these ‘ships fail to set sail is killing us all. Let’s hope the Housemates get it going before they get to go home because right now the most important thing is still on lockdown. The lips.