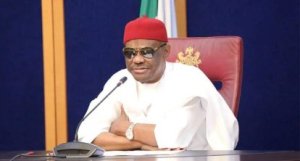 Following the approval granted to the Rivers State Pension Board by Governor Nyesom Wike, it has announced the payment of backlog of gratuities and pension arrears from today with physical verification of retirees.

Office of the Director General of the board, announced this in a statement saying the verification exercise is expected to begin from the 15th of June and would end on the 23rd of June, 2022.

This process signals the immediate payment of outstanding gratuities, monthly pensions arrears and debt benefits for retirees in the Rivers State Public Service.

According to the statement, the exercise would be carried out in batches, the first batch being for all those who had retired up to June 2014 also all affected retirees and next of kin for deceased retirees under this batch are requested to come to the Ministry of Justice Conference Hall for physical verification from 15-23rd June 2022.

It adds that those concerned are to come with their retirement identity cards and other relevant documents stressing that the exercise is strictly for only those covered under the first batch that is retirees after June 2014.