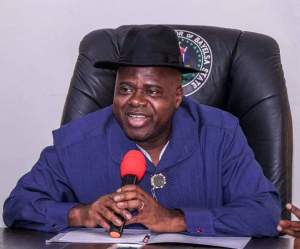 Two days before his 61st birthday on June 4 two years ago, my phone rang about 3pm. It was His Excellency on the line.

Without hesitation, I accepted the call. After the usual courtesies, I listened attentively to the soft but firm voice on the other end. His Excellency addressed me formally.

“CPS, please be informed that I do not celebrate my birthday. There are more important things to do with the resources of the state.”

“It is okay, Your Excellency,” I responded, without betraying my surprise.

Immediately, I tried to inform him that some persons wanted to place congratulatory adverts in newspapers on his birthday. But by the tone of his interjection: “that won’t be necessary, please,” it was clear to me that the directive was one that must be uncompromisingly obeyed.

Unbeknownst to me, someone had hinted my boss about the plan and that I was coordinating the collection of funds. Of course, having received such clear instruction, the plot ended prematurely.

This was only three months and 21 days days after the Bayelsa State Governor, Senator Douye Diri, assumed office on February 14, 2020. Two years on and the third birthday in office, the man at the helm in the Creek Haven Government House has continued to disappoint anyone expecting a lavish birthday celebration or even planning to surprise him with one.

The most interesting aspect about His Excellency’s birthday is his disappearing act. Those who plan to surprise him on that day are left disappointed. It is either the governor is ‘no-where to be found’ or he is out of town. This year was not different.

What has however not ceased to befuddle the Bayelsa helmsman’s admirers is his simplicity, modesty and self-abnegation. Like the Puritans of the 16th and 17th century Protestant Church in England, Governor Diri has avoided personal social celebrations in office. He is rather consumed by the affairs of state and how to change its developmental paradigm.

The Bayelsa Governor remains an unrepentant apostle of deploying state resources into state projects. Prudence is his watchword. The result of this abiding principle reflects through the kind of projects he has taken on and their quality.

It was this penchant for prudence that birthed the most magnificent media complex in the country today. The Ernest Sissei Ikoli Media Complex, built under two years of assuming office, is a shining legacy of the Diri administration.

Ditto the imposing Bayelsa State Health Insurance Complex, which now accommodates one of the most successful health insurance schemes in Nigeria. The scheme was inherited from the immediate past Senator Seriake Dickson administration and the Diri administration has beautified this great legacy by building a befitting edifice.

Diri’s skill in management and allocation of resources has equally ensured that transporters in the state can look forward to a modern transport terminal with departure and arrival lounges, banking halls, restaurants, offices and shops as well as an expansive loading bay. This ultra-modern terminal at Igbogene, also started by the past Dickson administration, is near completion and will be inaugurated soon.

Financial shrewdness has ensured that despite the dwindling allocation accruing to a state with huge monthly wage bill, Bayelsa civil servants and pensioners continue to smile. Their welfare is Diri’s priority.

The big-ticket infrastructure projects undertaken by the administration are a testimonial to the government’s abiding faith in its prudent management of resources. If it was a government that engages in frivolity, the Nembe-Brass road (a neglected federal government project for about 60 years) could have remained on the drawing board. But the Diri administration has braved the odds to commence the construction of this very significant project to the state and the country.

It is this same focus and determination that propelled the continuation of the Yenagoa-Oporoma road (also a federal government project) as well as the Glory Drive road (hitherto abandoned) and the Yenagoa ring road (with Phase One of the Igbogene-Okarki axis completed) projects.

The state capital, Yenagoa, is undergoing a changing phase. The government’s urban renewal programme has ensured the provision of solar lights along major roads and streets as well as the construction of 21 new roads and rehabilitation of 50 others.

The Diri administration continues to extend the frontiers of its human capacity development and youth empowerment programmes. Positive engagement and motivation of the state’s youths have resulted in the remarkable performance of its athletes at national competitions as well as the state-owned football teams, Bayelsa United and Bayelsa Queens. Both teams in 2021 recorded the unprecedented feat of winning the AITEO/FA Cup in the male and female categories.

As Governor Diri clocks three scores and three, his avowed commitment is to a greater and transformed Bayelsa in the years ahead.

This is wishing His Excellency a Happy and Fulfilled Birthday!.

Alabrah is the Chief Press Secretary to the Bayelsa State Governor 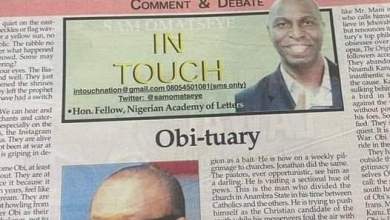 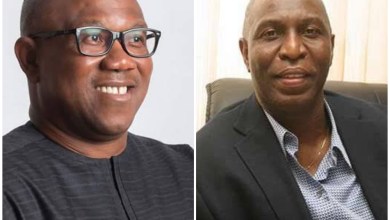